When I was sixteen my uncle used to pick me up from school with his motorcycle to take me to his house, where I looked after his children. It wasn’t a glamourous bike but it did make me feel special, especially since none of my classmates had ever ridden on the back of a motorcycle.
Now, years later, I found myself on the back of a similar vehicle. 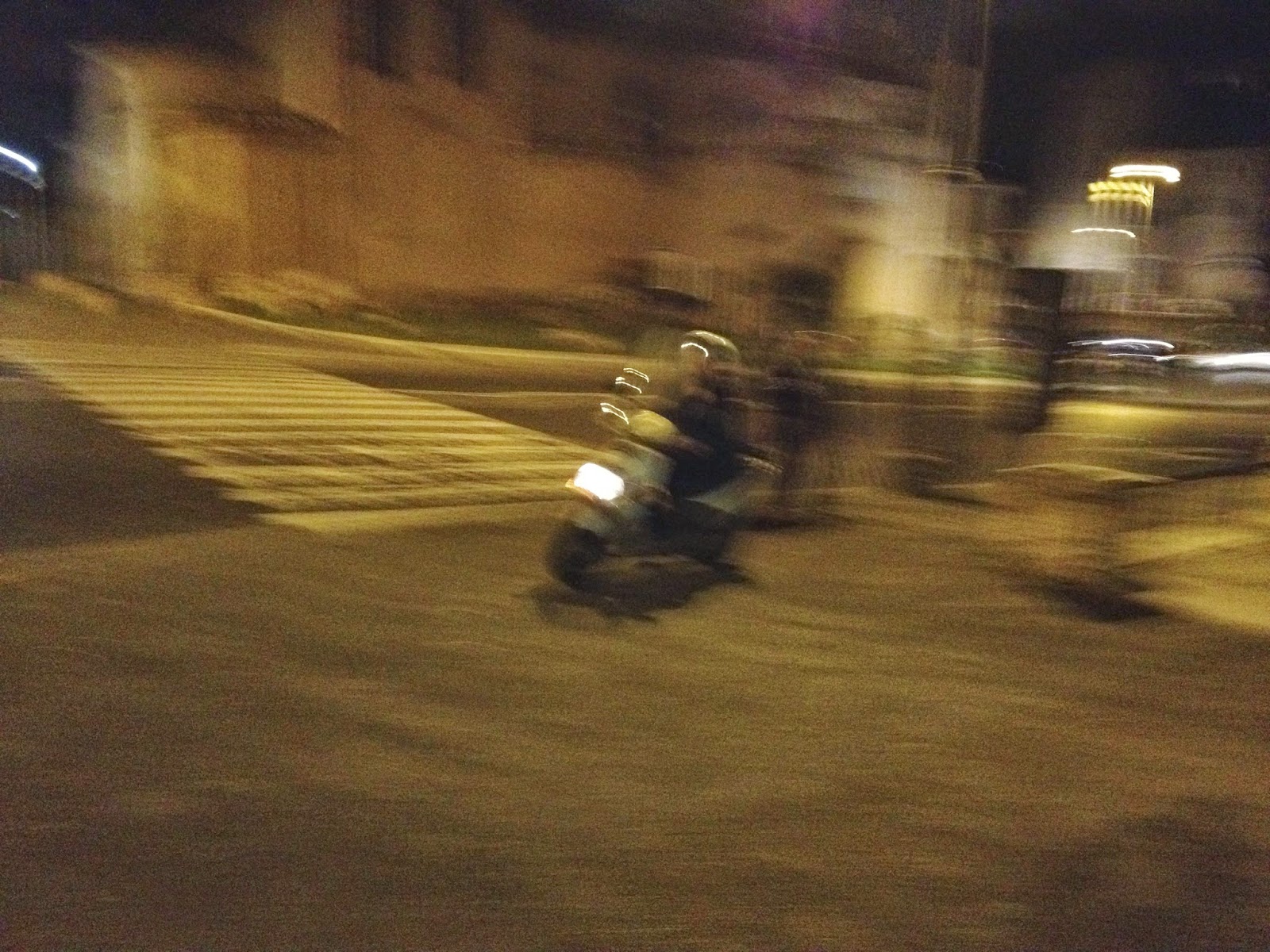 Ale proposed to take me to Centrale Montemarini, a museum where ancient sculptures are displayed amidst nineteenth century machinery. It is one of those creative undertakings that receive little attention because Italy has run out of money to advertise.
We set out in the late afternoon. “We’ll go by motorino,” she said.
A motorino is the affectionate name Italians give a Vespa. A Vespa is a small vehicle on two tiny wheels. Italians use it to careen through busy streets in order to get places fast. She handed me a well-padded helmet. That’s safe, I thought. She told me Emiliano was concerned about her taking me on the back of her Vespa. Then she told me not to tell Th.
“This goes in the blog,” I told her.
And off we went. Traffic was snarled and Ale, an adept motorinista, if that is even a word, wove us between cars vying to get through to the next lights. A small car ran out of a side street and stopped within inches of my leg. Can happen anywhere.
“It has never happened to me,” Ale said.
Soon we were off in spurts of relative speed, carving out a trail between rows of moving vehicles. I became one with traffic. I became traffic as I inhaled fumes from a tourist bust that kept us from moving forward.
Before long, tough, we picked up speed on cobblestone roads that rose and fell in minor waves. Historical site after historical site flashed by. These sites never looked more like confetti as then. Ale, unperturbed, listed the names of buildings as we went. I managed the odd, “I see,” but mostly I just bopped up and down, my hands on the handy little bars next to my seat and my feet on special little platforms Vespa thoughtfully installed for the passengers. My body recollected its old lessons. Ale said she didn’t even know I was there.
She might just have been kind when she said that.
“We’re almost through,” she also said. “Soon traffic will get better.”
It didn’t. Beyond the Piazza Venezia there were people streaming toward a meeting place from all sides. Ale told me they were there in order to protest Italy’s restrictions on marihuana.
Laid back people. Walking people.
Ale went into overdrive as she needed to get us from one stream of traffic into another in order to get to the appointed place. To the left and the right of me, other people on motorinos passed us or we passed them. I gathered snatches of conversations that ran like minor chords throughout this river of cacophony. Cars simply appeared as bigger things that I was barely able to comprehend. Toddlers must feel this way when they crawl around in an adult world.
Stopping was a whole other experience because the red light gave all the motorinistas a chance to move to top of the class. First in line, we’d wait for the light to turn green again and then Ale would rev up her motor. Starting was a thrill. First we wobbled a bit and then we took off, triumphantly because we hadn’t spilled out before we slotted ourselves back into traffic. 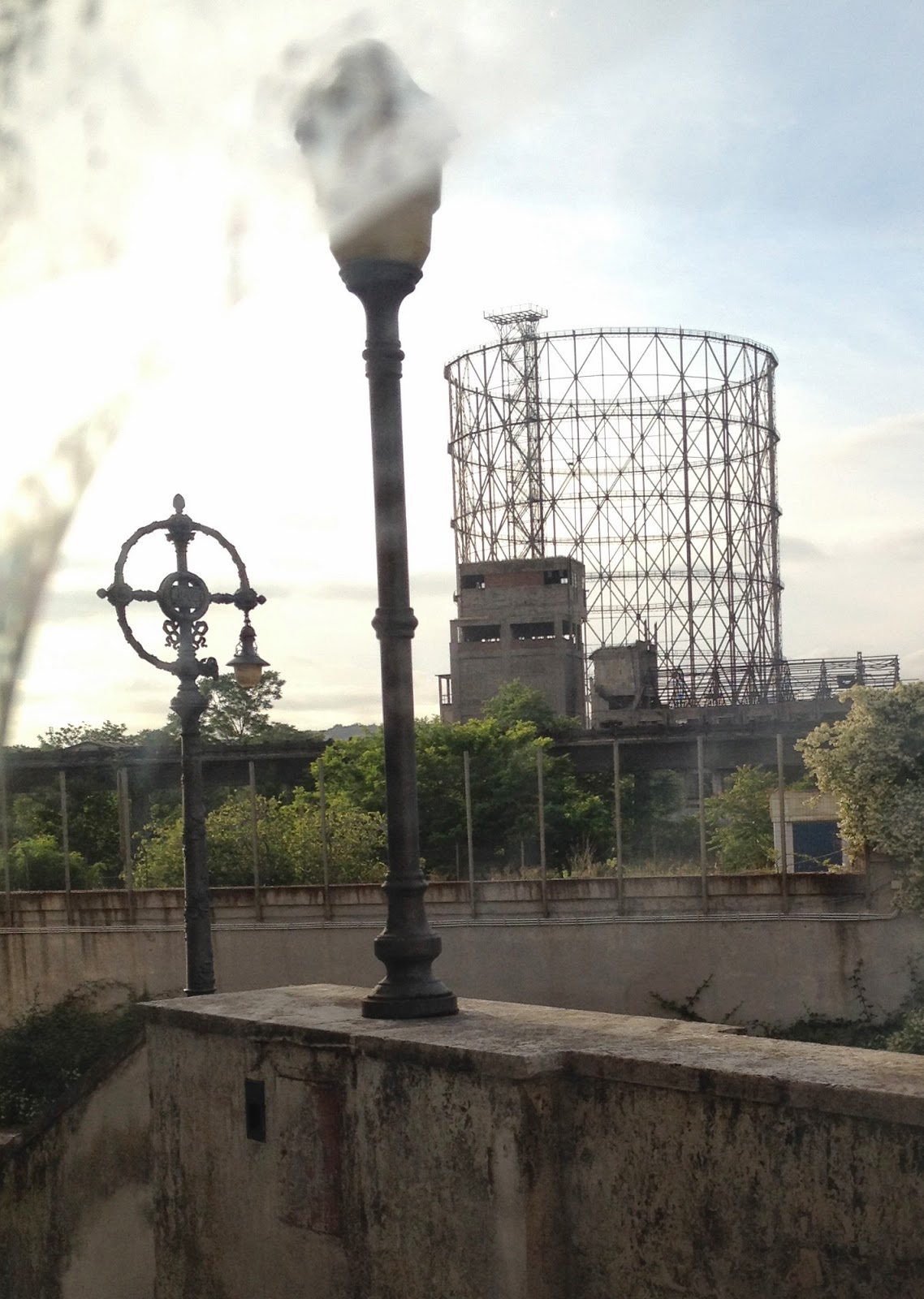 The museum was housed in an abandoned thermoelectric centre. All around it, unused buildings and metal constructions still paid homage to this time. Inside, the spirit of industry emanating from the dark equipment and the Art Nouveau style of the building made the ancient statues look new as they wistfully gazed at us. 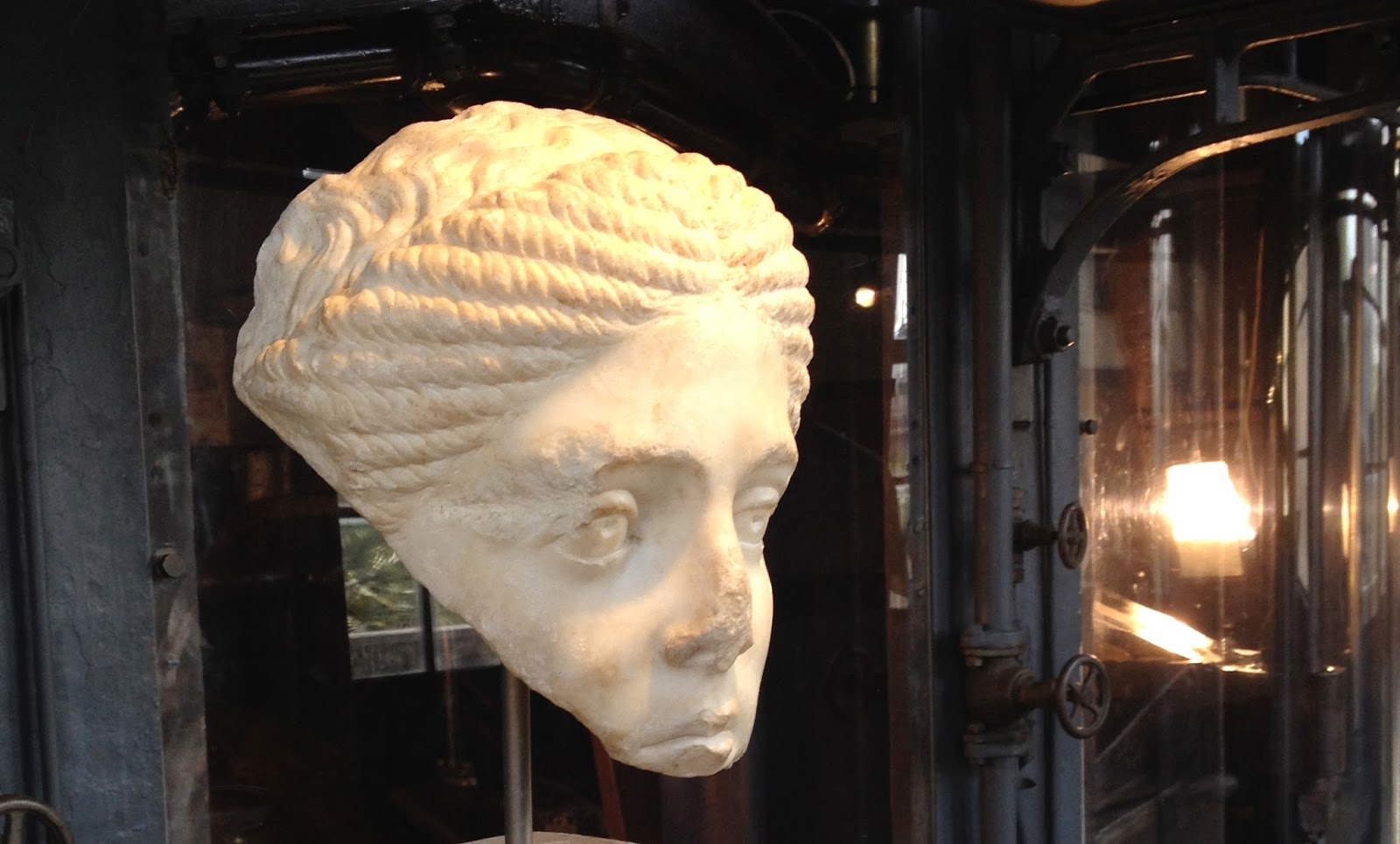 A few days before that, Anna had taken me to the MAXXI gallery, another such venture. The MAXXI was designed by Zaha Hadid, the Iraqi born architect. Her buildings are known as Neo-futuristic. I wasn’t able to go into that building as some kind of event involving yummy food was going on. Instead, I feasted on the sense of Italy building the new onto the old, which permeated the surroundings as they did, here, at the Centrale Montemarini.

After, we met with a friend, and Ale took us to Eataly, a modern day venture in eating. Eataly is part grocery store and part culinary adventure. It also has stores in North-America. It is housed in the abandoned glass-domed Air Terminal beside the railway station, Stazione Ostiense. It was once home to squatters. Before that, in its initial incarnation, it was the arrival place for air travel from Leonardo Da Vinci airport during the 1990 World Cup. Besides functioning as a giant supermarket, it also has countless restaurants, all in an open concept, with people coming and going and making lots of noise. 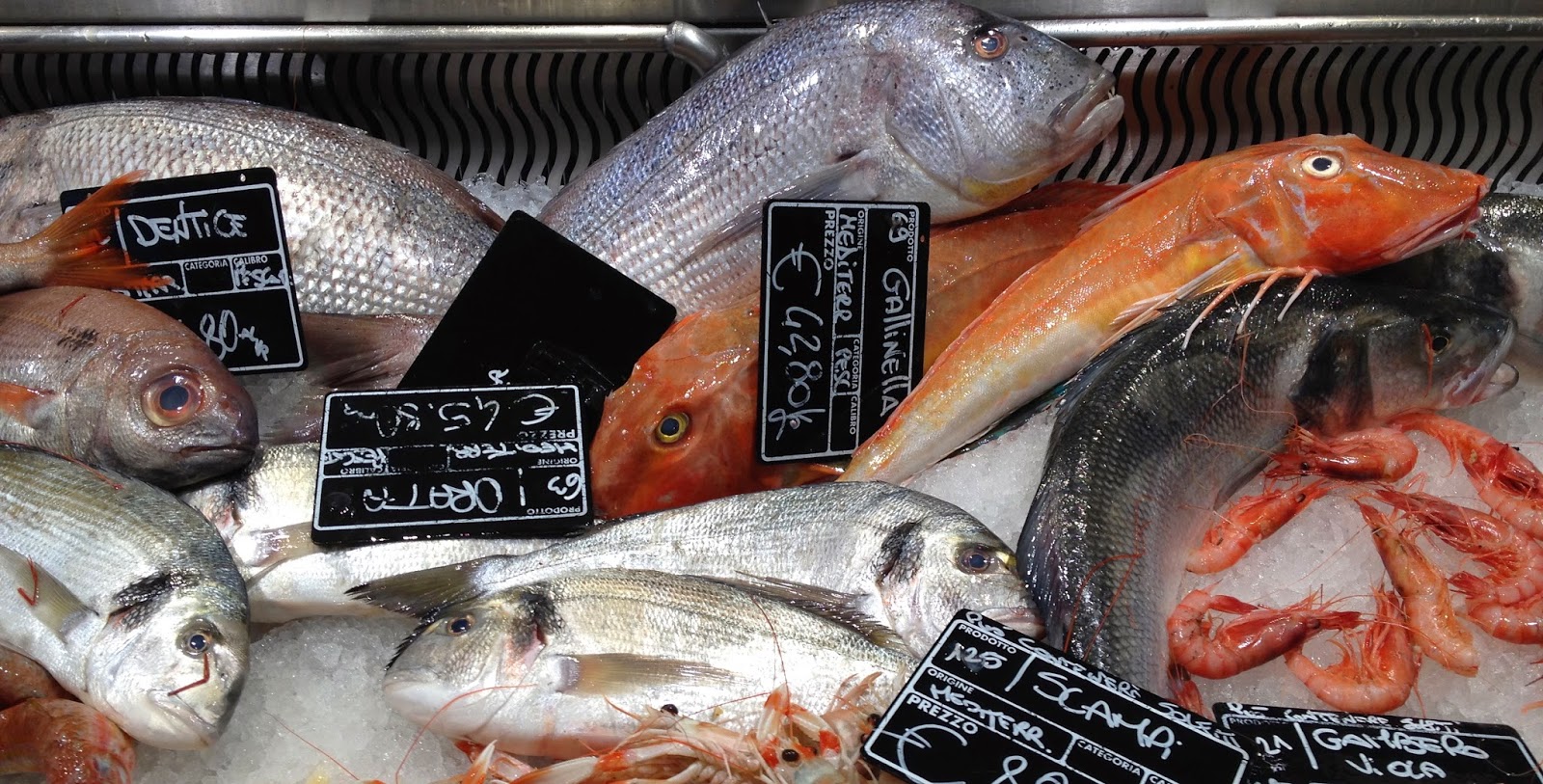 It wasn’t the kind of place we had in mind for a reunion with old friends, so Ale led us back to the Caffé Leterrario. A place for eating, which is housed underground. It also is a bookstore, and an art gallery. We dined buffet style. The food was delicious, and so was the company.
By the time we were done, night had fallen and we made our way back to our motorino. “Let’s go by the Isola Tiberina,” Ale said. I had seen the island as I walked by it one day but I hadn’t crossed. It is situated in the middle of the Tiber and connected by two bridges on either side.
Helmets on, her hands on the steering, mine on the handlebars, we were soon rushing through traffic again. The roads were wide and the traffic less than it had been before. We parked at the bridge. It was warm so we stuffed our coats in a compartment under the seat that also allowed us to hang the helmets toward the outside. Then Ale locked the seat in place and, presto, with our belongings safe, we walked with an easy heart to a place alive with young people.
We crossed the Ponte Fabricio onto the Isola Tiberina. In summer concerts are organized here on the banks of the Tiber, and in ancient times it was a place of healing. As I walked into this enchanted world, I felt uplifted. Maybe I had needed a little healing after the harrying trip here, after all. 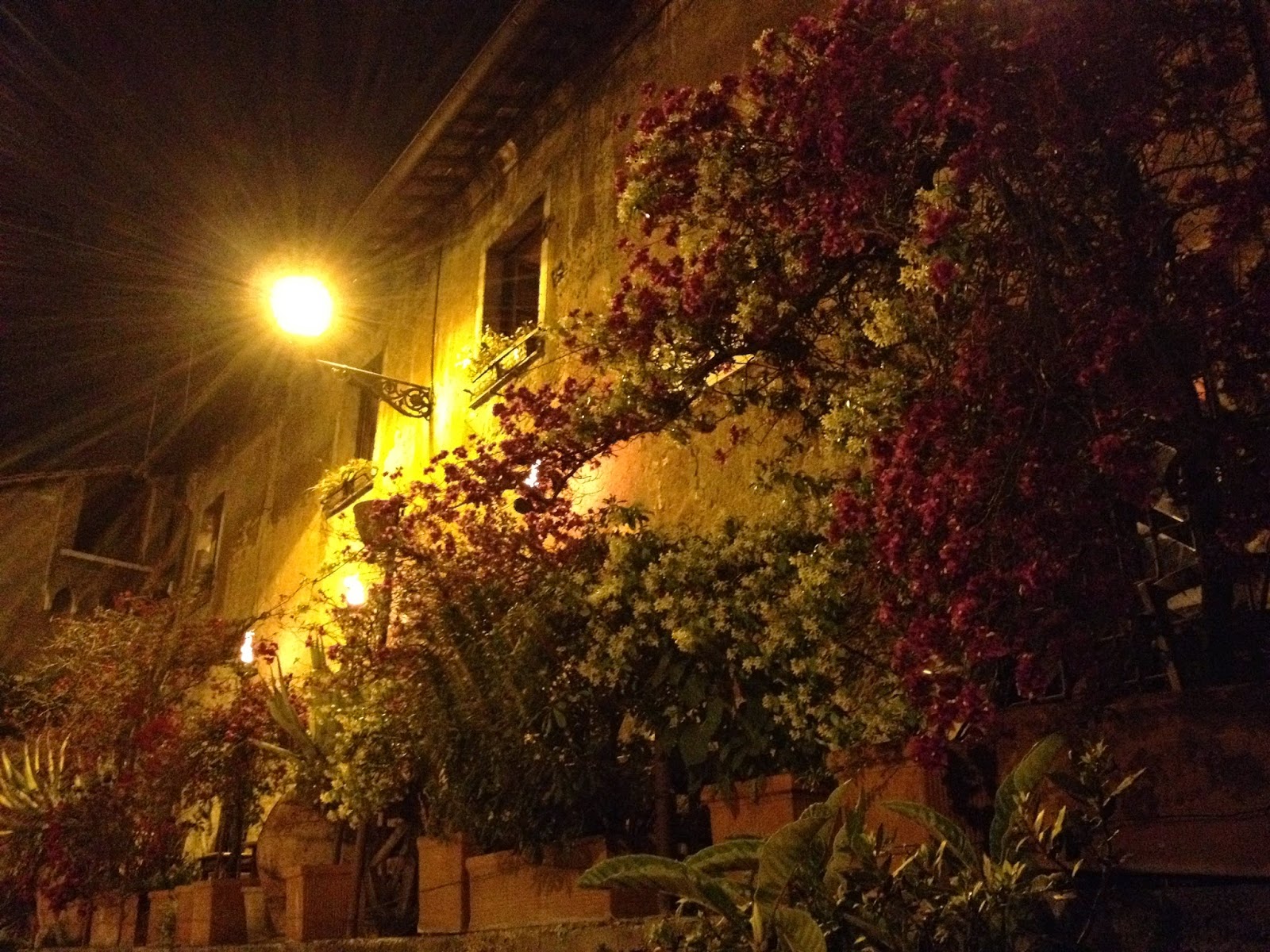 Once we walked over the Ponte Sisto, we were in Trastevere, the Medieval neighbourhood where artists and bohemians like to gather. The roses were out, the jasmine sent its scent into the air, the bougainvillaea hung carelessly from balconies and transformed even the derelict houses into objects of beauty. The murmur of voices ran by us like a babbling brook. Small winding streets reminded me of my days in Antwerp, except here the air was mild with fragrance and the facades gave off the warm glow of burnt sienna.

In all my days in Rome, I never quite managed the art of orienting myself. Somehow everything runs counter intuitive. So when Ale told me she had turned the wrong way after the bridge, away from what she had wanted to show me, I couldn’t help but smile. She, a born and bred Roman. I wasn’t that stupid after all. Or she was kind enough to take the wrong turn so that I would feel less stupid. In any case, Rome may confuse me but it also dazzled me again.


After a long walk by the dusty rose walls of a former religious institute, we were scooting again through the thick of it, by the river this time. Traffic moved swiftly now that night had fallen. Cool air caressed my skin, sights whizzed by me at a breathtaking speed. Whenever a scared thought entered my consciousness, I fastened my sight on the back of Ale’s helmet. Then my heartbeat would settle itself and I would, once again, be in symphony with this amazing city. 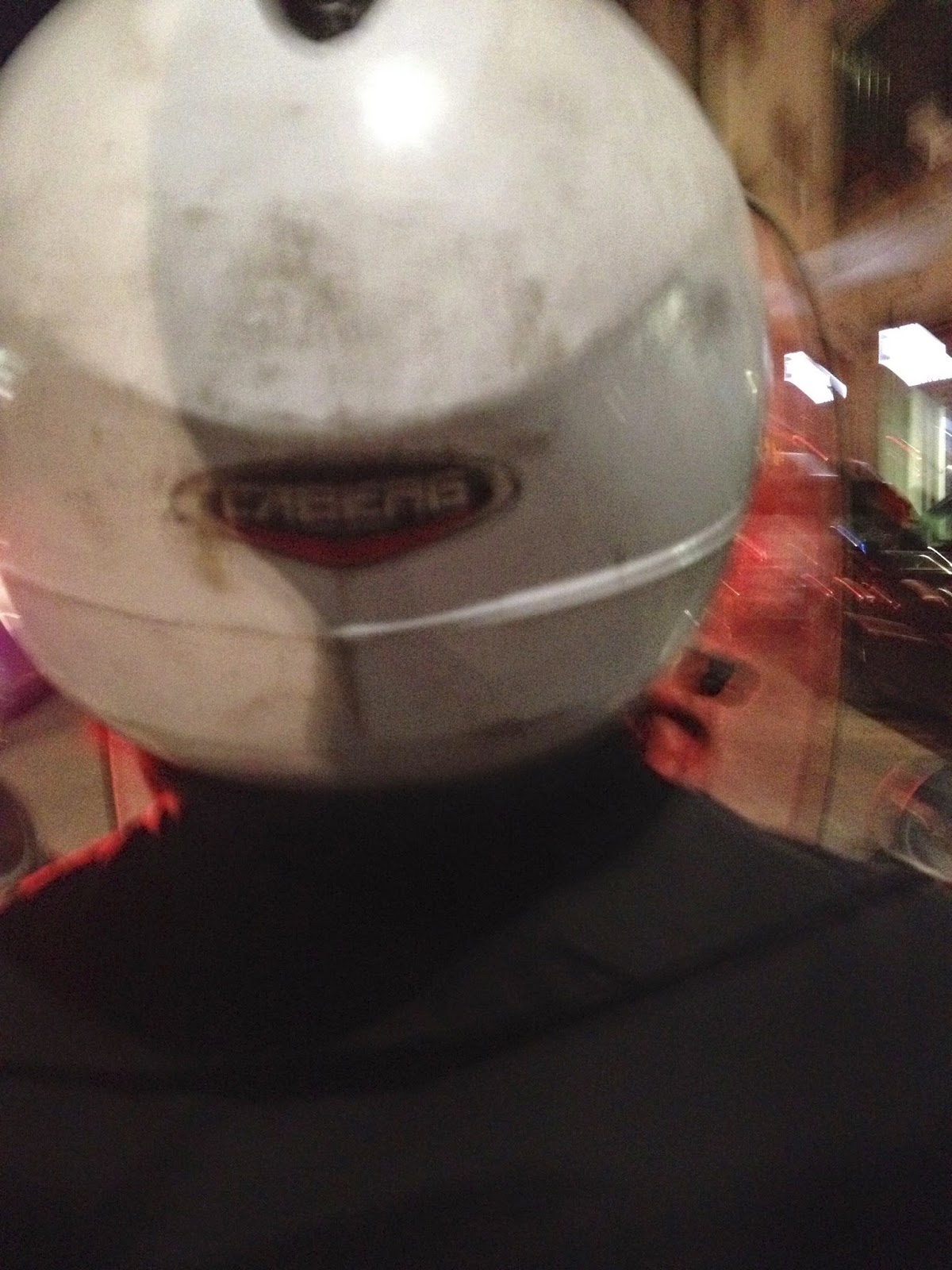